The other day, Twitter announced that it would be increasing the number of characters used in a tweet to 280. Currently, there can only be 140 characters, which, according to co-founder and CEO, Jack Dorsey, is based on the (160 character) SMS limit in texting.

This is a small change, but a big move for us. 140 was an arbitrary choice based on the 160 character SMS limit. Proud of how thoughtful the team has been in solving a real problem people have when trying to tweet. And at the same time maintaining our brevity, speed, and essence! https://t.co/TuHj51MsTu

It goes without saying that SMS limits are a little outdated. Probably why Twitter just added 140 more characters to users’ repertoire. This addition has become a catalyst for two different narratives: “This is stupid,” or, “Cool.”

The focus of the latter’s argument is around the annoyance of having to condense their tweets. The 140 character limit was something that was a problem for most and, well, now it’s gone. Rejoice! However, this pragmatic approach seems to be overshadowed by the former’s argument.

I’ll admit, I believe there is a lot of merit to some of these complaints. Dramatic and exaggerated? Yes, but they make sense. A lot of people are arguing that 280 characters are too many. The novelty of Twitter is in its brevity and, if you take that away, what’s the point of using the platform over something like Tumblr or WordPress blogs?

The solutions here are obvious. You don’t have to use all 280 characters, but that won’t stop that annoying guy you met at that one thing from using them all. This idea may be where most of the frustration comes from: thinking other people who use the platform will have more at their disposal to blabber and spam your feeds.

Personally, I used Twitter for a long time to refine my short-form copy skills. Having to convey a thought or moment in 140 characters is a creative challenge. It forces you to write in a certain way that lends itself to copywriting. However, not everyone is a copywriter, so I know my view is subjective.

280 characters isn’t that crazy. It’s roughly 50 words. However, the real fear of this change may be the breaking away from the norm. As we’ve said in a previous blog, people don’t like change. “If it ain’t broke, don’t fix it.” So while some will view this as progress, others will see it as a step away from Twitter’s core purpose. Either way, just like with Apple, we’ll all get used to it as it becomes our new normal. Then, when they change the limit again, I’ll be able to write another blog about it. 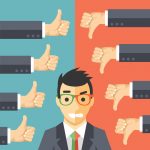 5 Things We Learned from Our Biggest MistakeMarketing 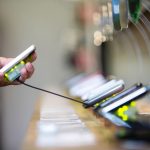