I was listening to a podcast on my way into the office the other day (as one does) and the topic had deviously captured my full attention. I can’t remember precisely what podcast it was (sorry), but they were talking about how voice is killing SEO. While their points held some water, they seemed to be proving themselves wrong as the podcast went on.

If you’re not already familiar with what “voice” exactly is, let’s do a quick catch up. If you have an iPhone, Siri is the “voice” you may hear most often. If you have existed on the internet in the last couple of months, you’ve heard of the Amazon Echo. Alexa is the “voice” of that device. Voice is merely an AI interaction between you and a device or service, controlled directly by your voice.

Alexa is programmed into the Amazon Echo to do various tasks. You can tell Alexa to dim your lights, read the latest news, what the internal temperature of a cooked chicken is. You can say “Alexa, wake me up in 15 minutes,” to set an alarm. You can also say, “Alexa, play relaxing music,” and Alexa will pull a playlist from either Amazon Music or Spotify that is deemed relaxing. Alexa has what is known as “skills.” These act as programmable applications or additional functions Alexa can help you accomplish. If you’ve ever used any voice-reliant device, you probably know that they are imperfect. Skills are what allows them to solve problems, allowing more in-depth usage and improvements. We’re falling down a rabbit hole at this point.

Now, what does any of this have to do with SEO?

Well, unless you purchase the two most expensive versions of the Amazon Echo (there are four in total), you won’t have a screen. This is why it’s called voice: there is no interface, buttons or, well, screen. It’s all voice. So, why is this bad? See, with Siri on the iPhone you can ask what some good pizza places are or the number of local plumbers.

You can do this on the Echo as well. However, when you ask Siri for local pizza places, she’ll bring up a Google search list, letting you pick. When you ask the Echo, it will just pick the first one.

So, if the Echo is going to pick just one option from the Google search on “pizza places,” which one do you think it’ll pull? The top one. Maybe even the top PAID one. This was the argument the podcast was making: voice doesn’t let us see a selection of options. It picks the top ranking site from Google and doesn’t show you anything else. The podcast spoke on how SEO means nothing with voice because if you’re not number one, you’re not going to show up.

I think this refutes their point though. If anything SEO is now more critical than ever because being the second or third ranking option will mean you’re less likely to be seen by customers. This means you have to work harder to get that number one spot.

Think about it like a race: just because there’s a faster person you’re up against, does that mean you’re going to give up? Are you just going to drop out of the race? Maybe. However, I would argue you’d run faster, because what if you beat them? What if they aren’t faster than you? What if they get tired? If you don’t compete because you’re afraid to lose, you’re always guaranteed to lose. If you compete and don’t give up, there’s a chance you could win.

As smart homes and devices such as the Echo and Siri grow in popularity, this is the mindset we need to maintain about SEO. Businesses need to work harder to get that top spot and keep it. They’re all racing against each other now, but voice is changing the way they’re running.

SEO isn’t dead. In fact, it’s more competitive than it’s ever been. 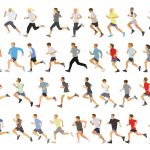 Marketing is a Marathon, Not a RaceMarketing 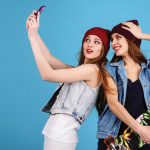