Pre-roll ads are those annoying ads that play at the beginning of a video you are watching online. You are probably familiar with the ones on YouTube. Most people are not fond of these ads playing before the content they wish to view, but they still exist. And the last place you would think to find them is on Facebook.

Facebook launched their Watch platform back in August. It jumps right on the TV like video content bandwagon that is taking over all online content. Facebook announced that they plan on testing pre-roll ads on Watch. But this directly contradicts what Mark Zuckerberg previously said about pre-roll ads not fitting the Facebook image. Facebook’s feed platform excels in brief impressions by users as they scroll through content created by friends, pages, and targeted ads. People aren’t going to Facebook to watch a long video with ads at the beginning. People go to Facebook to mindlessly look at an endless stream of content catered to them.

Stuck in the Middle

The Watch platform currently contains mid-roll ads that play in the middle of the video disrupting the watcher’s focus. Facebook believed that these mid-roll ads were less likely to turn viewers away from the show because they have already become attached to the content. Now they understand that the average viewer is more likely to tolerate a pre-interruption as opposed to a mid-interruption, which is why they removed their ban on pre-roll ads to test if they have a higher watch through rate than the current mid-roll ads.

No matter what route Facebook takes in the end, users are still going to be annoyed with any commercial that shows up on their online video content. Why do you think adblockers are so popular? It feels like we are taking a step back to the time before DVR was invented and commercial skipping was the norm. A true middle ground is unlikely to be found between advertiser and viewer because the viewer never wants to see an ad unless the advertiser disguises it as desired content and not a disruption. 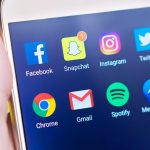 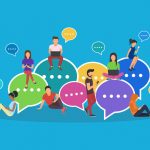