If you haven’t been paying attention to the news (who can blame you), you may have missed that Apple gave everyone the gift they’ve been waiting for: admitting they’re slowing down old iPhones. If you’ve ever had an iPhone, you may have noticed that over time, it starts to get slower. This fact is especially true after the release of a new iPhone. Suspicious. Many people have been saying that Apple is throttling older generation iPhones after the release of a new one to help fuel the purchase of the latest version. Speculated, but not proven – until now. New iPhones have bigger batteries, better processors, etc., etc. This addition means they can do more, so Apple builds the operating systems for just that. The problem is that the OS updates are across the board, for all iPhones – no matter the generation. Along with this, your phone now has a feature that updates it automatically (if you wait long enough).

Obviously, the iPhone 5 can run the same OS as the iPhone X, but for a fraction of the time. What is easy for the iPhone X to do will probably require a lot of resources from the iPhone 5 to do the same thing. This is just the way things work – especially with the batteries in these phones. As with everything, it gets slower over time. And this brings us to our point – Apple has never explicitly said that they are pushing out an update to slow down older phones, until just recently. They said the latest update slows down generation 6 and below, citing it is to avoid the battery from working too hard and forcing a shutdown. What does this mean? It means Apple is slowing your phone down, so it doesn’t turn itself off from overworking. Makes sense, right? Well, yeah. But has Apple done this before and, if so, how many times? Why can’t they just offer to replace batteries or create generation-specific updates? We may never know and, honestly, even if they told us, we probably still wouldn’t believe them. 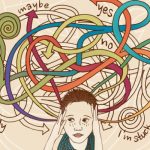 What Customers Expect from Mortgage CompaniesMarketing 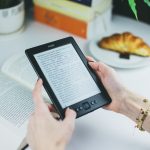