Netflix has been losing licenses for streaming some of our favorite networks. In place, Netflix plans to release an overwhelming amount of original content. Netflix original content has been the fuel to many of my binge-watching sessions that can last anywhere from a day to a few months depending on the what catches my attention.

In the last several years, Netflix has become a staple in almost everyone’s lives. There are probably few people that will tell you they don’t own an account and don’t mooch off of one of their friends or relatives. To many, Netflix is the center of nostalgia where they can watch old iconic tv shows and movies. But slowly Netflix has been removing this content either by choice or by force because of decisions by some networks. It was a low blow to me when Buffy the Vampire Slayer was removed from streaming on the site in April. Now I have to watch Buffy on Hulu with commercials because, you know, money.

Disney has been the largest and most influential content provider for Netflix for quite some time now. Disney is planning to leave at the end of 2018 when their contract terms expire and will develop their streaming service Which sucks because Netflix is my solace for watching and rewatching some of my favorite Disney movies like Mulan and Tarzan. This news devastated me because it also means Marvel and Star Wars is leaving too because they are owned by Disney.

But don’t be discouraged by this reduction in Netflix content because the company has been filling space with new original content for some time now. With Netflix subscription prices being increased, the company also plans to take on an ambitious number of original movies, 80 to be exact. This amount is a bit insane considering other film studios push out rarely half of that each year. Now whether this will keep Netflix at the top of mind will depend on how good these original movies are because I’ve watched some good and bad original content. 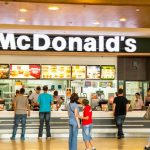 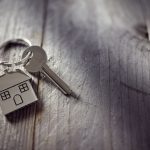 Let Strangers In Your Home with Amazon KeyNews